I got great response on Twitter from people who were interested in building a Linux workstation. In this post, we’ll build a ridiculous PC for under $1,000, plus show a couple add-ons you can make to fit your use case.

Prices were noted at the time of the writing of the post, they may have changed! 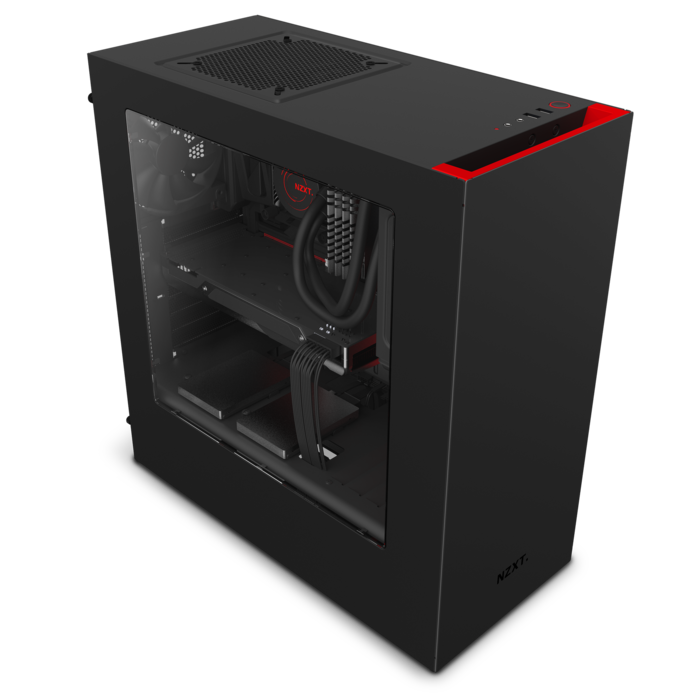 This is the base version of the PC we’re going to build. You can only buy the parts here and you’ll have an amazing linux machine.

This processor is a year old, and Kaby Lake is just coming out soon. However, Kaby Lake is not going to be a big boost over Skylake, it’s just a minor iteration. The Kaby lake version of this chip will be at 4.2 GHz.

But, this is unlocked! That’s the K at the end of the SKU. There are reports of folks overclocking it to 4.8 GHz (with voltage changes). I wouldn’t be surprised if you can push it to 4.5 GHz without changing the voltage. My trusty 3770k is still humming along at 4.0 GHz overclock, and it’s four and a half years old!

I love ASUS motherboards, I’ve been building on them for fifteen years. This is the cream of the crop. It’s got m2 for insane solid state speeds, ddr4 ram, and it can leverage the intel chip’s graphics to drive up to three displays over displayport. It’s got USB3 and gigabit LAN, of course. It also has a USB-C port, neat!

Speaking of displays, this combined with the intel chip above can drive a 4K display over displayport. So you don’t need additional graphics.

Also, it has 5-way optimization, which is an auto-tuning tool. You boot into the bios, tell it to do it’s thing, and it will auto-overclock the whole system!

A pair of 8GB sticks brings us to 16GB. You can get two orders for a total of 32GB if you’d like. I don’t need more than 8GB on linux, but I have 16GB right now because I play games. I think 32GB is excessive, and you can always purchase it later. Or treat yourself!

I love Seasonic supplies. They are very quiet. This one is also modular, so that keeps the clutter down inside the system. 620W is more than enough, even if you purchase the add-ons below (more graphics).

I love the look of this case. You can pick a different color if you’d like, they have a bunch of great options. NZXT’s build quality is great, and this case has two included 120mm fans, which will be great for cooling and quiet too.

NOTE: you can only put one of these in the system. Motherboard has only one M.2 slot. You can buy an M.2 PCIe card and RAID them, or buy a PCIe SSD, or buy a SATA SSD if you need more.

OK, that’s it for the base!

If you’re used to Apple, this price may shock you. Welcome to the real world ;)

Here are two more things you may want to add to your system.

I love the new all-in-one liquid coolers. You don’t have to mess with pipes or leaks or anything. They’re entirely self-contained. This NZXT cooler fits on the front of the case (inside it) we picked. That way, air is taken in the front of the case, passes over the radiator, and is exausted via the rear and top fans.

This cooler goes on just like a normal air cooler, but it also attaches at a fan mount point. When you install the chip, just toss the intel fan cooler and use this one’s water block instead.

Coolers like these are more efficient and much much quieter too, even under load.

The new RX 480 line from AMD is an amazing value. You can drop any card into this system and it will probably be fine, and if I offered every graphics option this post would be huge.

I use the RX 480 in my home desktop on linux and the compatibility is excellent.

Also, the motherboard we’re using can fit 3 graphics cards on it (but usually there are diminishing returns after 2). So you can buy a second one in a year or two at a nice discount and double up your graphics power.

(This includes a second pair of RAM, liquid cooler, graphics, and 512GB SSD).

On linux, a quick xset m 1 1 will kill your mouse acceleration, making you very accurate.

If you want a 144hz gaming monitor with freesync, the Pixio PX277 looks like a great deal. Apparently the stand is flimsy so you may want to buy a separate VESA stand.